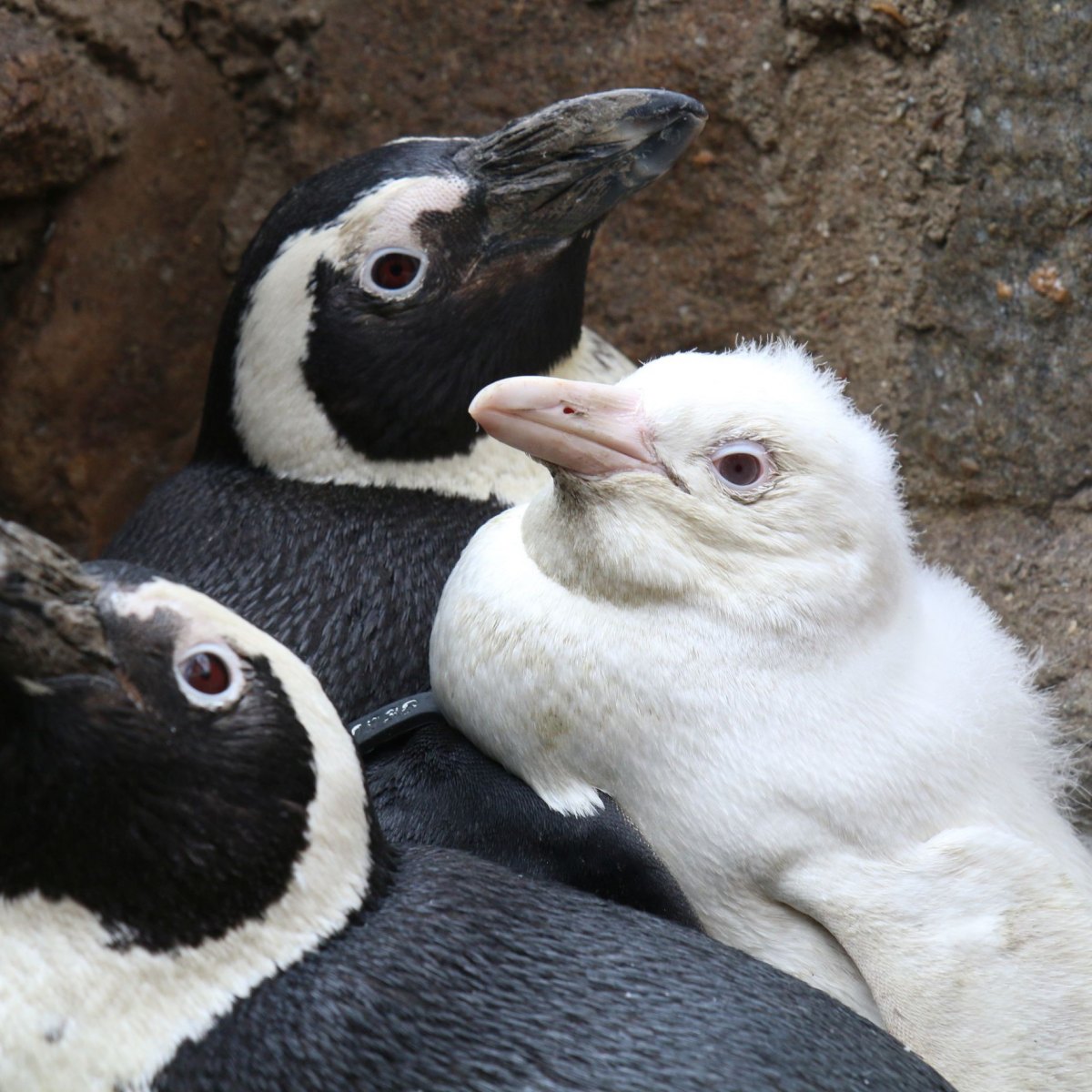 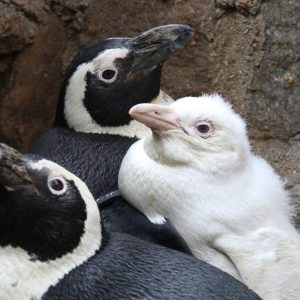 In a world where we all like to stand out noticeably, a newly born penguin in a zoo environment unintentionally did just that. In Poland’s Gdańsk Zoo, located in the Oliwa forest district of Northern Poland, a pair of African penguins carrying the recessive gene mutation of albinism contributed to the hatching of what is considered to be the only albino penguin chick in current captivity. Previously, an albino penguin was hatched in UK’s Bristol Zoo back in 2002. Named Snowdrop for the obvious reasons, the bird lived for only two years before succumbing to an unfortunate sudden and mysterious death.

African penguins are often called “jackass” penguins due to the loud braying sound they produce, or, more professionally, the Black-footed penguin. These penguins are found in the wild in the southern coastal regions of Africa particularly on several islands. The bird weighs in between five and eight pounds, and stand approximately two feet tall. They are naturally black and white, with predominate black coloring on their back, and white with black stripes and spots on their chest and belly areas. The African penguin is a flightless bird. Also unfortunate is the fact that the African penguin is listed as an endangered species. With approximately 40,000 birds left due to habitat pollution and increasing depletion of food sources, the scarcity of the birds is of great concern.

Albinism is a rare genetic disorder in many species that fails to produce the requisite melanin required for dark pigmentation in animals (and in humans) resulting in white feathers, white skin, or white fur, dependent upon the afflicted. In addition, pink-colored eyes are often a part of the genetic results for the disorder.

The Gdańsk Zoo recently reported that on December 12 of 2018, a routine check revealed the unique albino chick. Thus far, it is unknown whether the new five-month old arrival is male or female. Of course, the excitement is rampant at the zoo. The young bird is currently housed with its parents, and four other birds, who, thus far, consider the chick a part of the crew. In the wild, such a bird is typically rejected and falls prey to neglect and attack.

The albino chick is being carefully monitored to help it survive beyond the short time of life of Bristol Zoo’s famous albino penguin, Snowdrop. Professionals are watching carefully for various skin diseases and malfunctions typically found in albino creatures. The proud and excited Director of the Zoo has assured the public the new baby chick is in excellent health, eats well, and has doting parents as well as a wealth of fond caregivers. With that, it is hoped that this as yet unnamed baby bird will grow to be a healthy and adored adult. It is also hoped that the bird will be accepted by flock of African penguins currently within the zoo environment.

You can follow the developments of this unique albino penguin chick by checking out the Gdańsk Zoo Facebook page (here).