Five little kittens were found without a mother in a garage at a home in Leander, Texas. 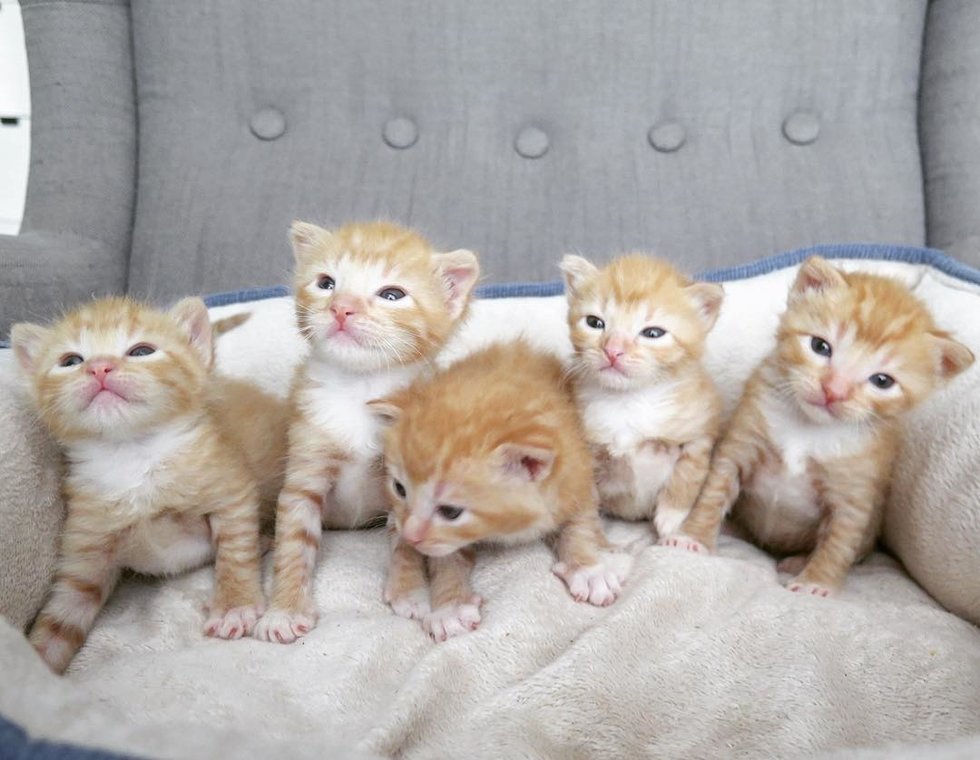 A resident from Texas heard kittens crying in their garage. Upon investigation, they were surprised to discover a litter of stowaway ginger kittens in a cabinet. The cat mother never returned for them, so the family brought them to the shelter to get help.

The kittens came to Wilco Regional Animal Shelter (in Georgetown, Texas) in a large cardboard box. Their eyes were still closed and umbilical cords still attached.

Megyn, a foster volunteer of shelter, was contacted about the litter as they desperately needed round-the-clock care. She dropped everything at hand and rushed to pick them up. 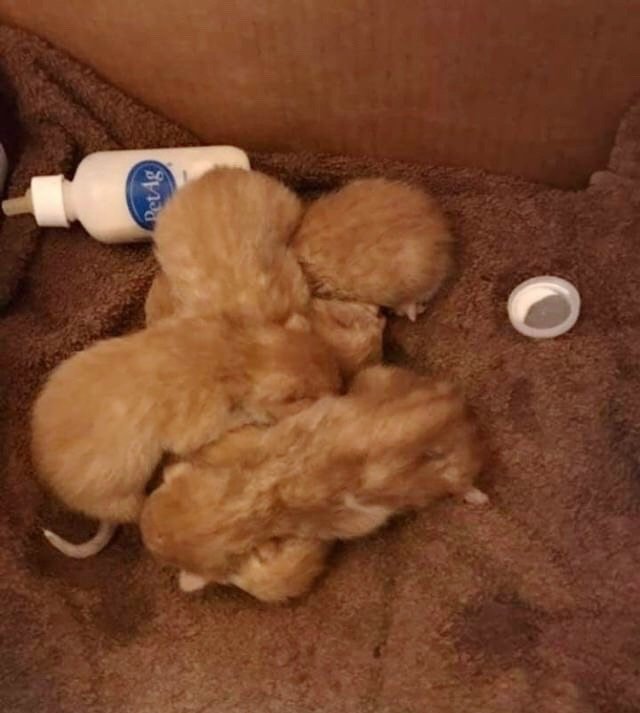 “The kittens were 2-3 days old when they arrived — the first bottle babies at the shelter this season,” Megyn told Love Meow. “Four were between 90-100 grams, but little Brie (the runt) came in at 77 grams.”

From the get-go, little Brie was determined to catch up in size and strength with her siblings. She might have a slow start, but nothing could stop her. 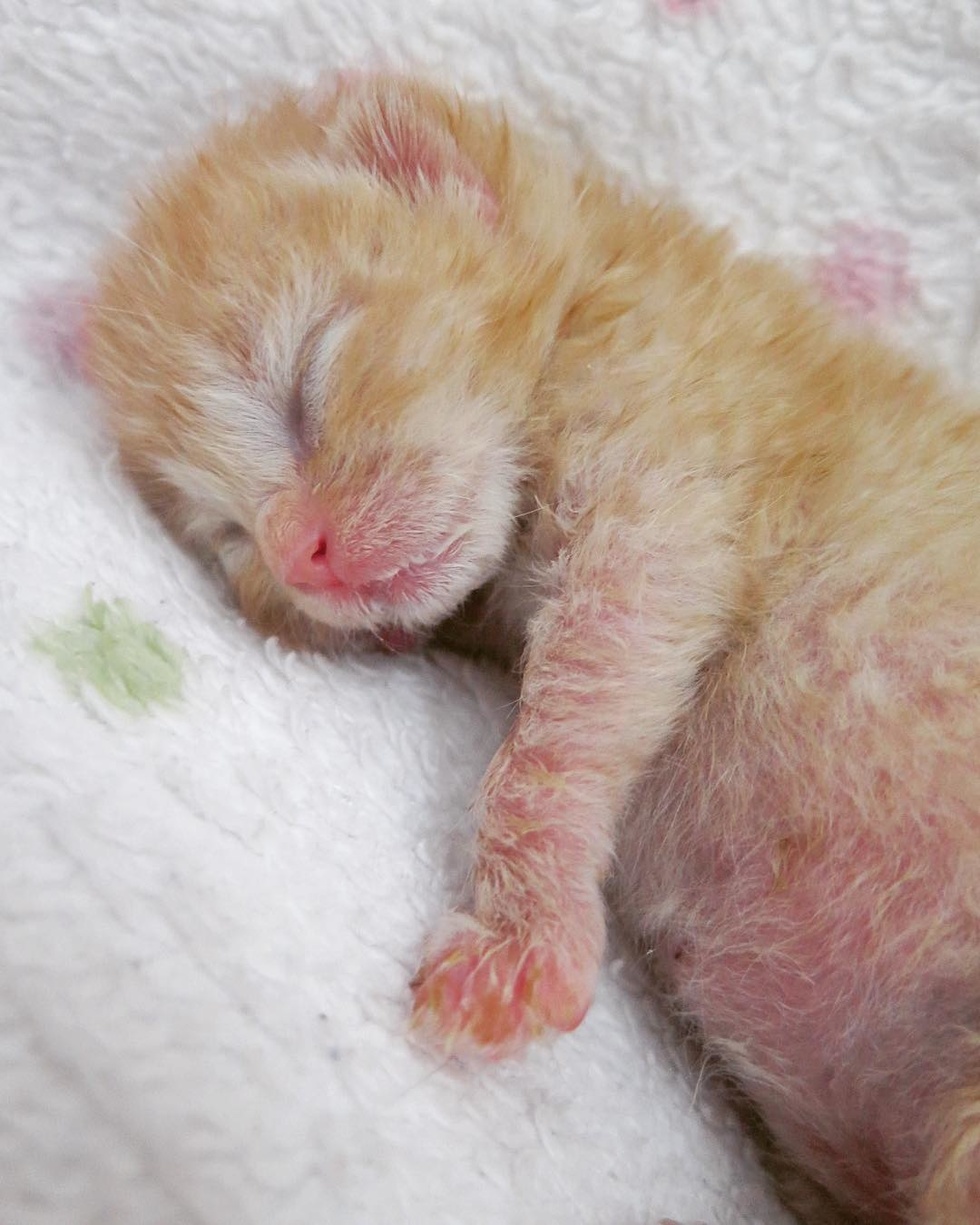 A day later, Megyn began to notice something was wrong when the kittens stopped eating and had a hard time keeping in the food they ate.

“We’re unsure if their health issues are caused by being orphaned,” Megyn said. “Being orphaned never helps If there are underlying health issues as they aren’t getting any of their mom’s antibodies in their milk to fight off anything.” 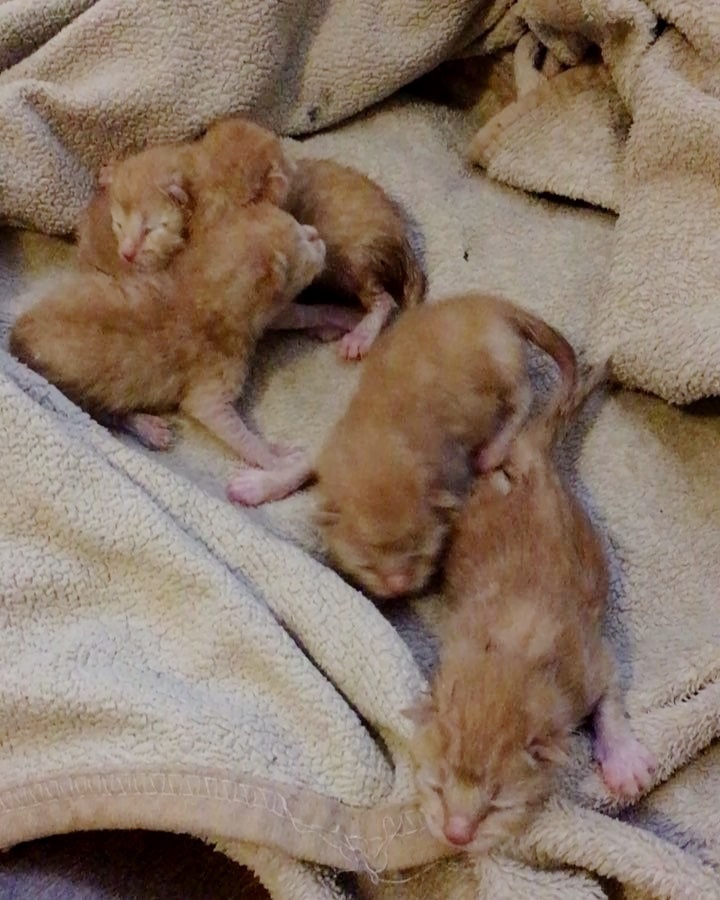 Megyn was worried but never gave up. She made sure they all had full bellies and kept them hydrated and supplemented around the clock. The little ones spent ample time sleeping in their warm, comfy bed between feedings.

“Initially I was worried something was wrong with Muenster because he was so quiet and chill. But now we know that’s just this sweet guy’s personality. He’s very mild-mannered and easy going.” 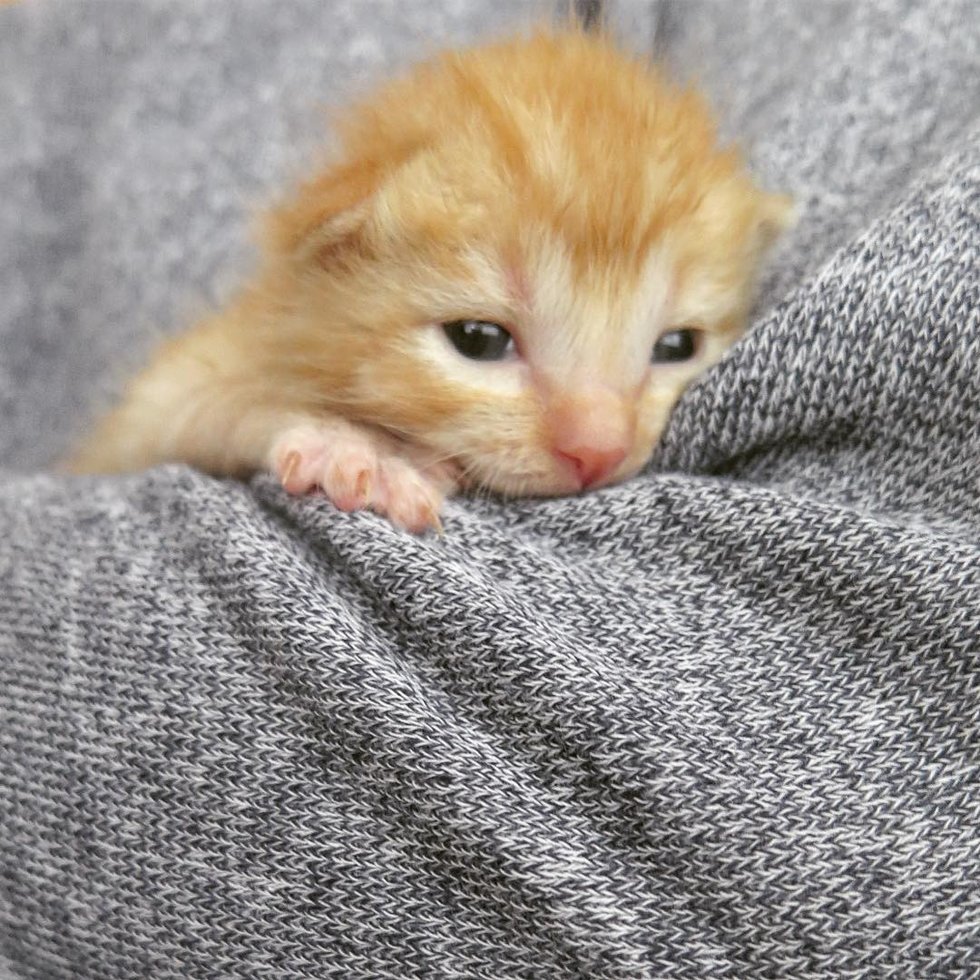 With help from everyone in the family, the ginger babies bounced back and began to thrive.

When all of them had their eyes opened, they were ready to walk and explore. 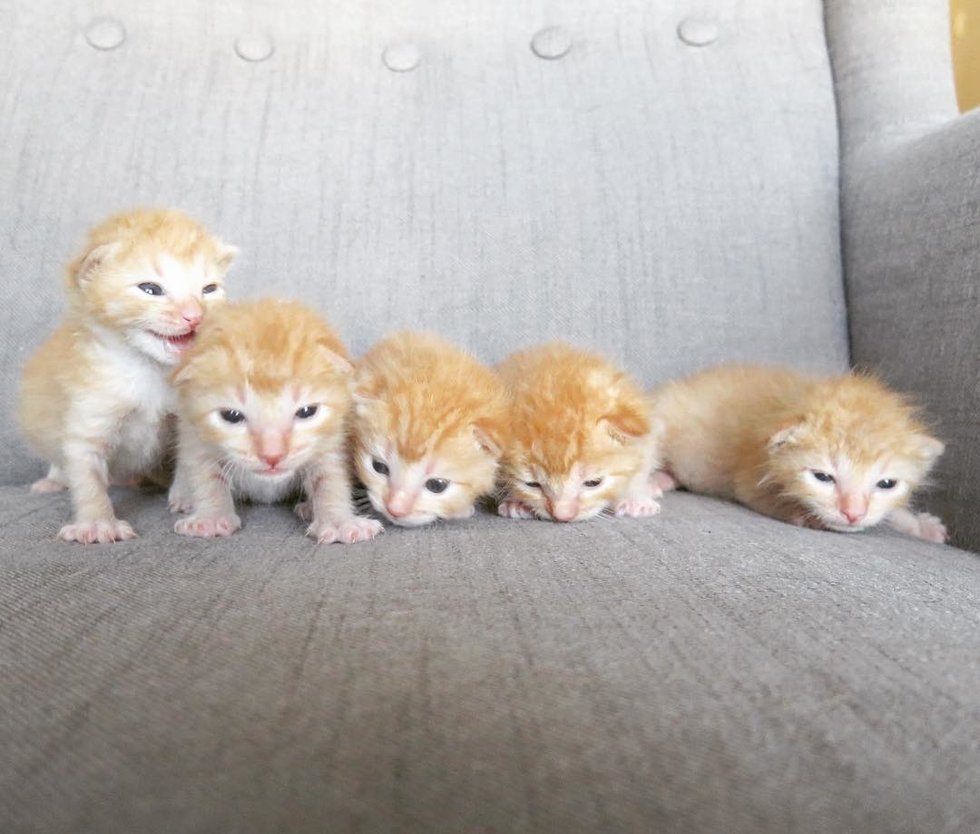 Watch their journey in this video:

One of the smallest kittens, Feta, continues to make strides every day.

“Within the last two days, she has stopped urinating on herself and has even been able to use the litter box on her own.” 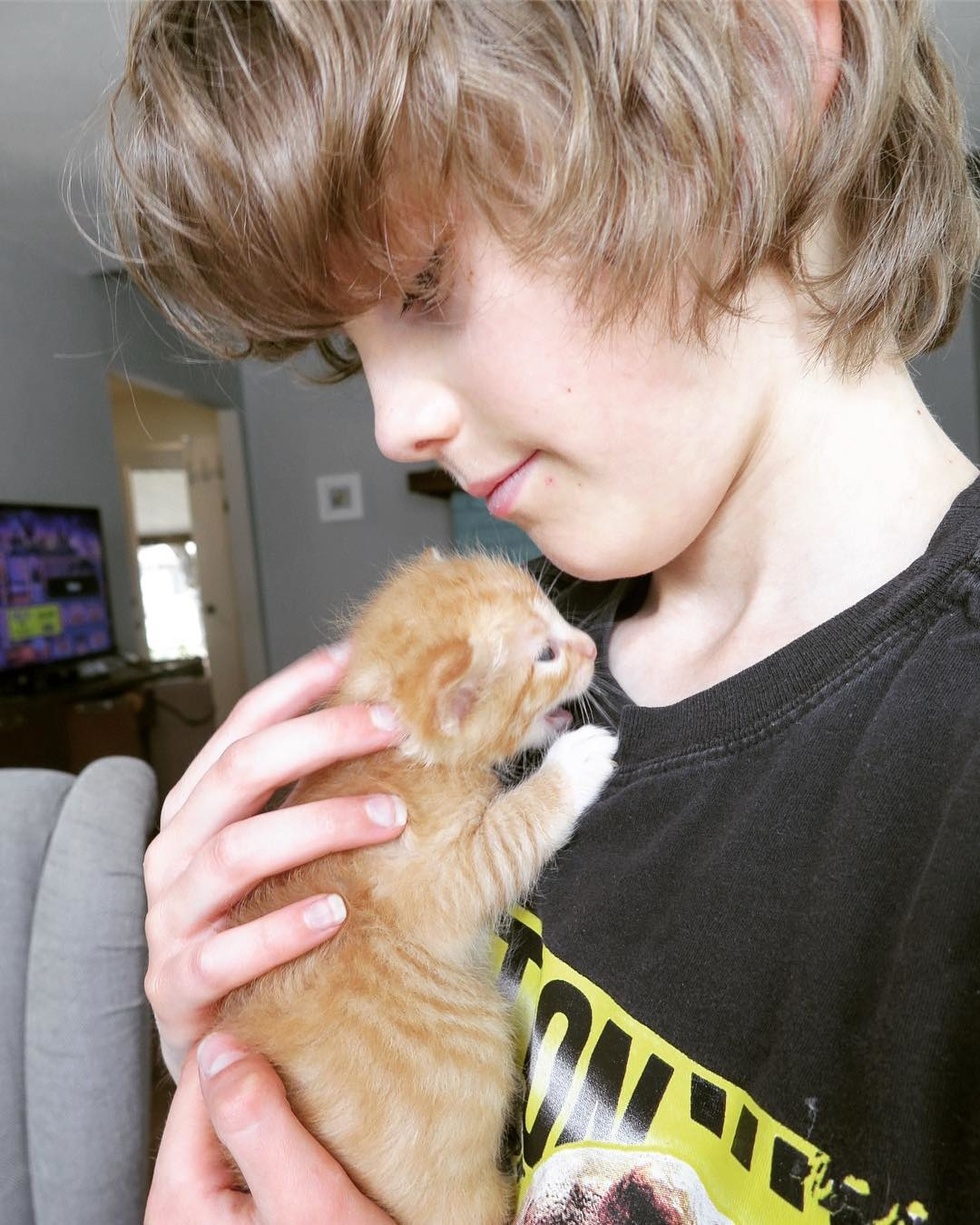 “Brie, despite being the smallest at 77 grams, has more than caught up to her siblings. At 3.5 weeks, she’s over 400grams,” Megyn said.

“She’s even above where she needs to be for her age! We’re so grateful she and her siblings are surpassing their gaining goals.” 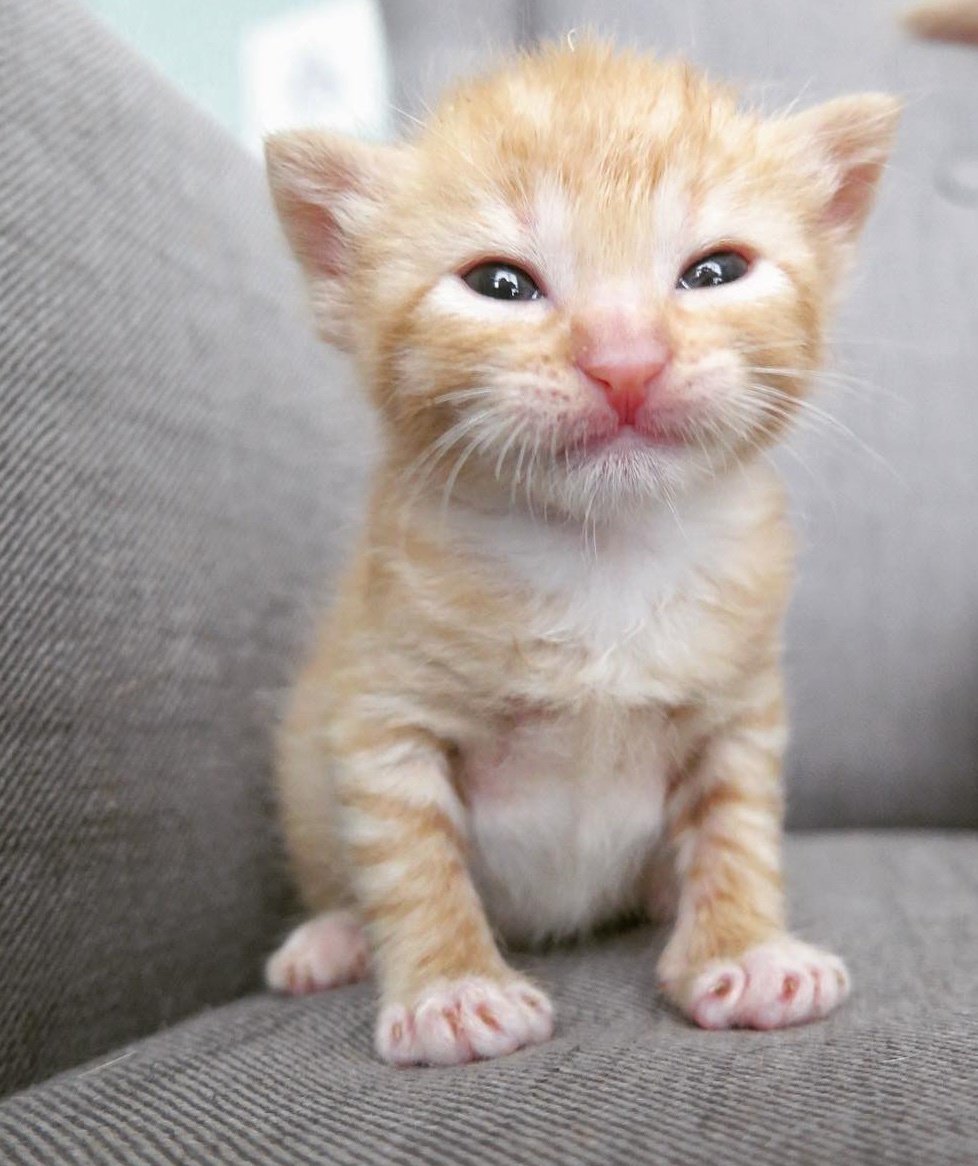 The five little ginger kittens have grown by leaps and bounds.

Their teeth are starting to germinate, which indicates that it’s almost weaning time. The feline siblings will soon learn to eat from a plate like big kitties do. 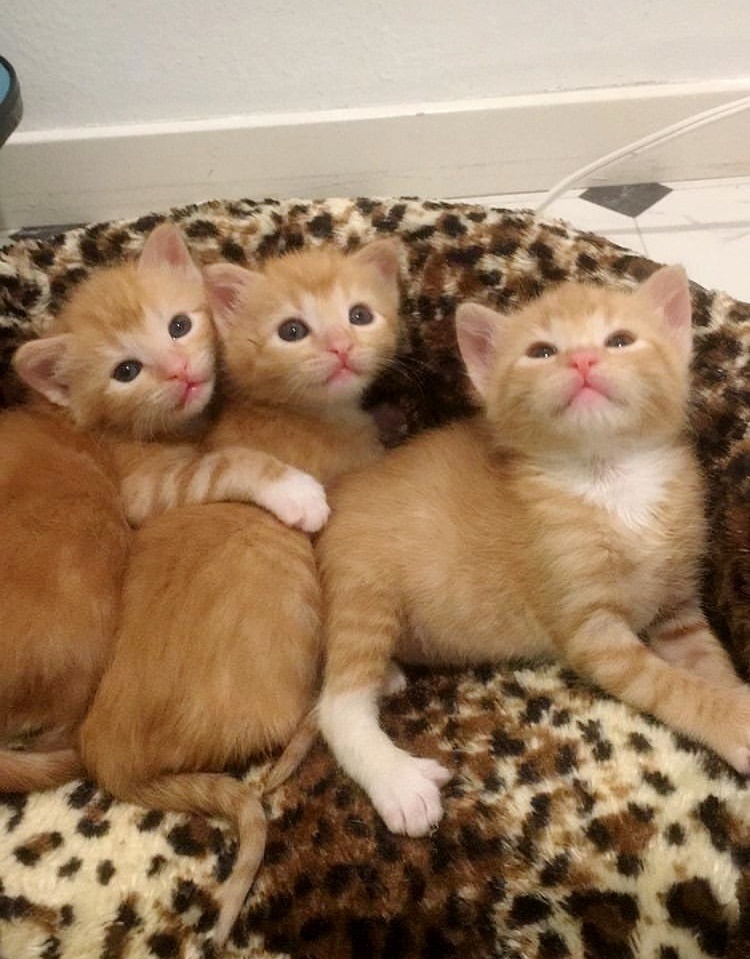 In a few weeks, the litter of five will be ready for their next chapter of life – their forever loving homes.

As for now, they are honing their kitty skills – playing and wrestling with each other. And they always snuggle in a big purr pile when they nap. 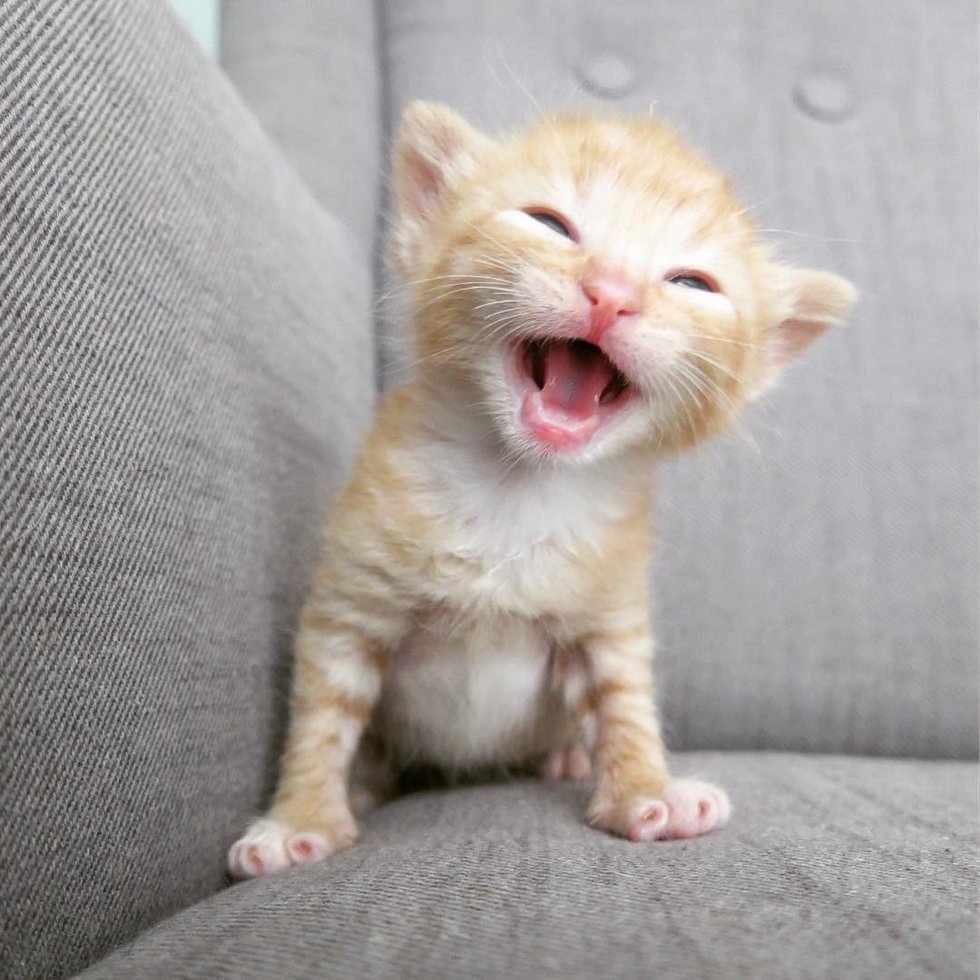 Related story: Kitten Brother and Sister Keep Each Other Alive Until They are Saved